Posted on February 15, 2018 by Jordan Hawes Leave a comment

Silent Descent is the next game by developer Deceptive Games whom previously developed The Initiate. While The Initiate was all about escape room puzzles and being toyed with by a Jigsaw-esque puppet master, Silent Descent is more about the supernatural. Which is kind of interesting because in my first paragraph of The Initiate I describe how I find situations like Saw more frightful then something like Paranormal Activity . . . and here we are with that same comparison. Unfortunately, that comparison holds true and Silent Descent just doesn’t quite provide the same level of wonder that The Initiate provided.

Not to say that Silent Descent isn’t interesting at all, it very much kept me intrigued through its relatively short run time. It’s just more story focused rather than puzzle focused. Silent Descent is heavily inspired by P.T. where you’ll be running in loops through a home and each time you do more of the story unfolds in front of you. Without getting into spoiler territory, you play a man named Samuel who is trapped in purgatory. Doomed to roam the halls of his home where he committed a horrible crime. 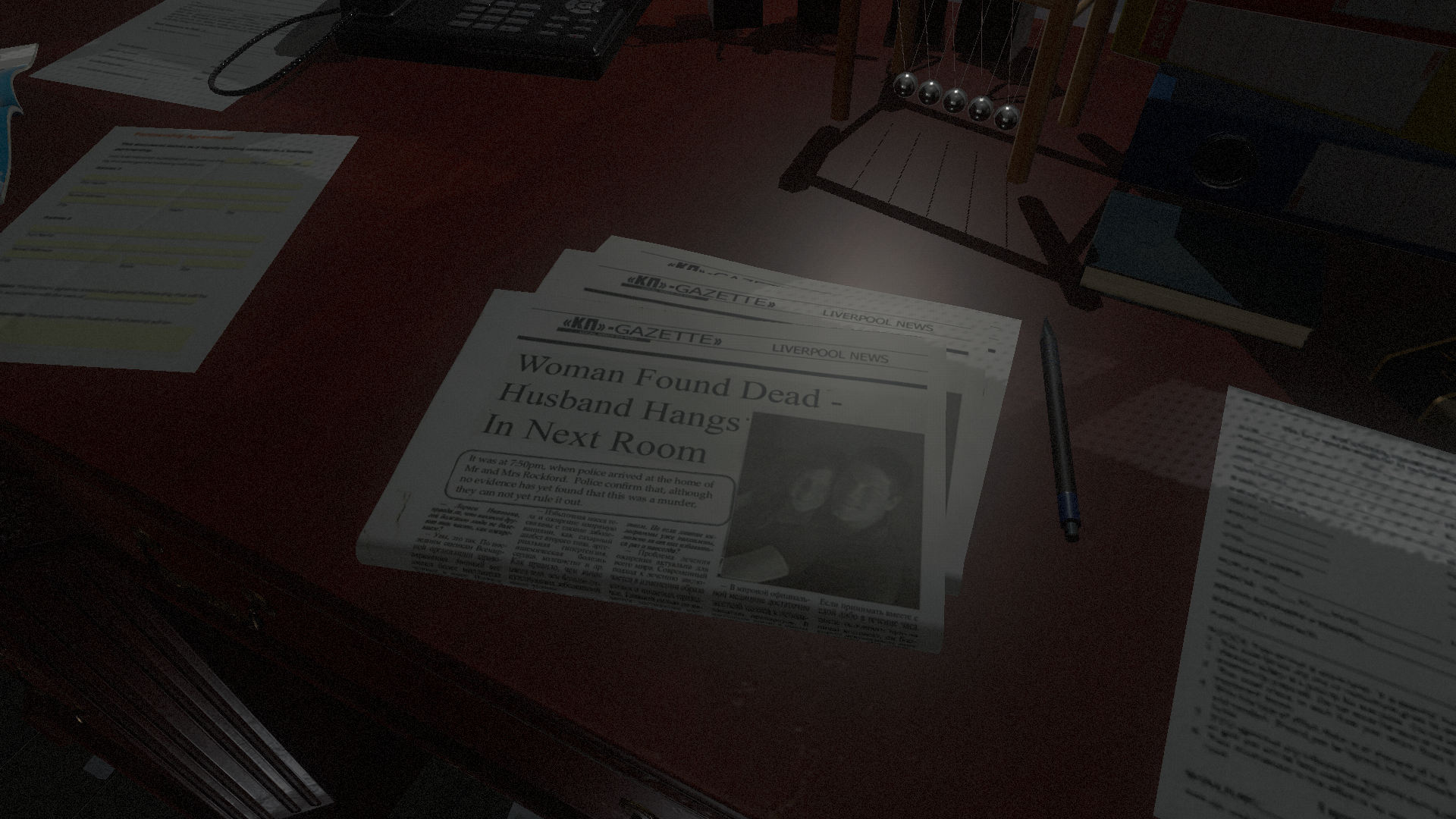 The story is decent and the way it does unfold through each level of purgatory you go through is well done. You get little scraps of notes which are used as memories to Samuel’s feelings around the time he committed his crime. The deeper you go the more sinister things get, as Heaven and especially Hell fight over your wandering soul. There are actually a couple things that don’t exactly make sense until you get to the point of actually understanding what happened and get to the ending. And while the ending is a little predictable, it was overall an intriguing experience.

The gameplay is pretty bare boned and it’s what I have the most issues with. Essentially you’re just walking around a house. A house that could have easily been set in The Initiate universe due to all the re-used assets. The bathroom, the bedroom, a lot of the house decorations, the puzzles are all re-used assets from The Initiate. Besides the main house layout and the Hell stuff, just about everything is re-used. Maybe they had the same architect and designer? Who knows, but it just took me out of the experience a bit doing the same puzzles and stuff I was just doing only 6 months ago. 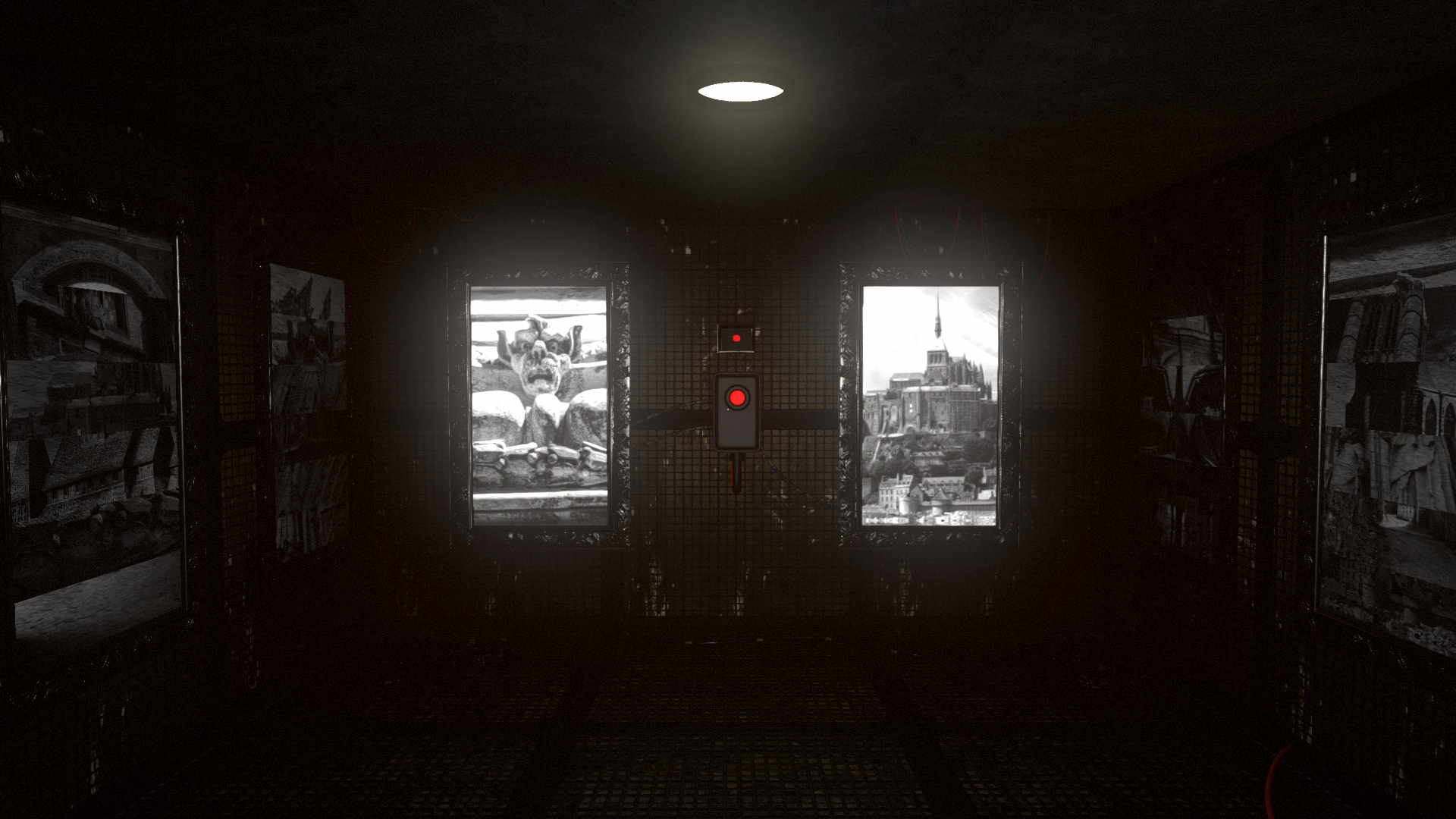 Besides the recycled assets, the walking speed is terribly slow and some of the puzzle activation inputs don’t make sense. Most of the interactivity is done by pressing ‘E’, picking up notes, opening drawers, pulling latches etc.. But there was one section (in the same starting bedroom as The Initiate) where you have to click the left mouse button to interact with a button. It took me longer than I’d like to admit before figuring that out, because up until then it was always ‘E’. I figured I was missing a clue in the room or something.

Other than that one frustrating spot, the game isn’t very difficult at all, especially if you’ve played The Initiate and already have an idea of how the puzzles work. And I think it would have been a massive improvement if they’d had Hell themed puzzles. The puzzles were fine in the type of game The Initiate was, but why would Hell have a puzzle to turn all red lights to green? Also, the monsters lose their jump scare and creepiness ability once you realize that no harm can come to you.

The graphics are very hit or miss. Luckily this game is a bit better optimized, so no clues are blurred out if you have to drop down to a lower graphics setting like The Initiate. The house, house clutter/decorations, and the reused assets all look very good, but it’s the new stuff that looks awful. The monsters are also unsightly, and not in the way they’re supposed to be, with animations that are just too stiff. 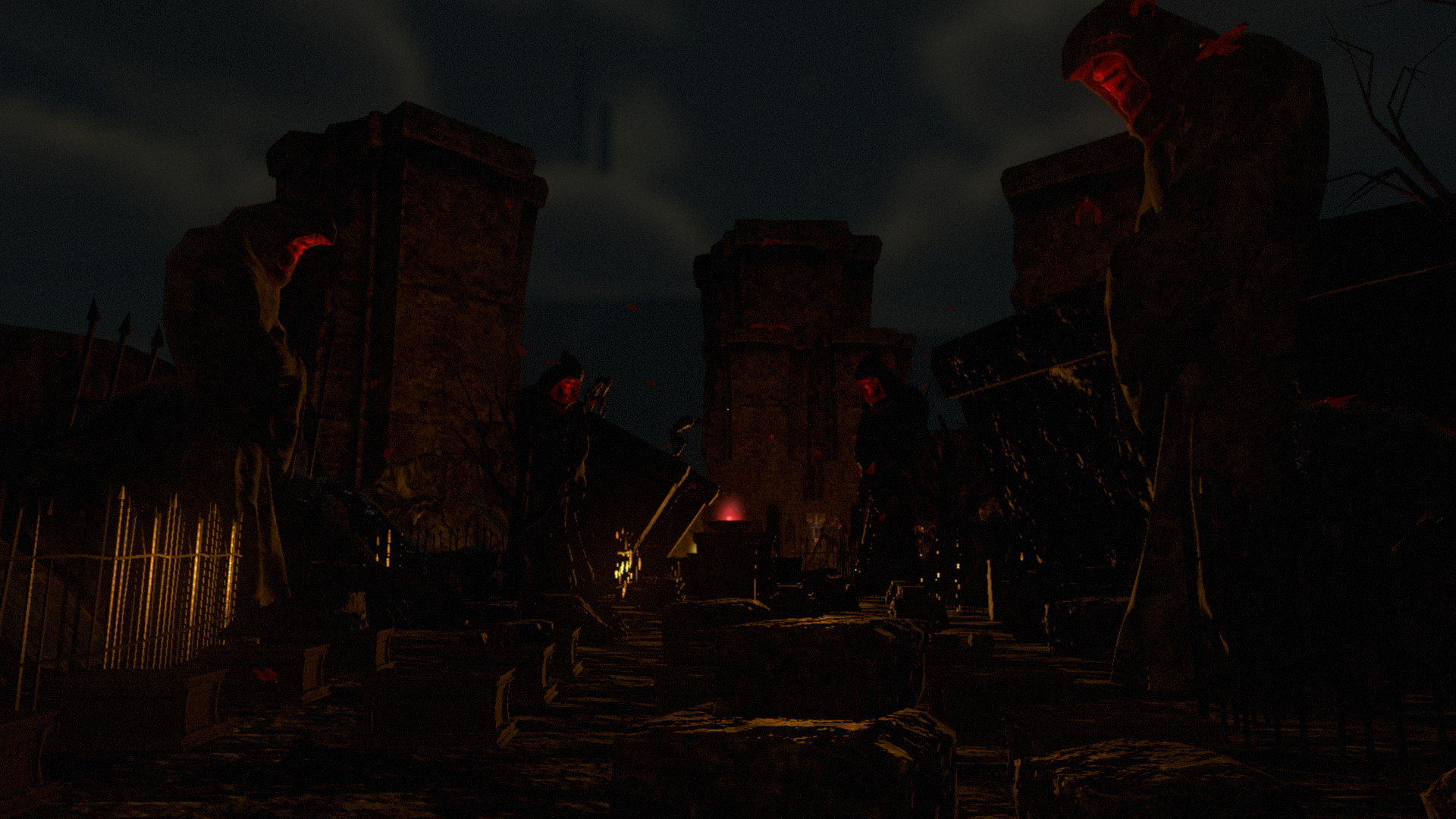 At some point when things start verging on Hell, the walls are covered in these strange red, pustules? You can’t really tell what they are intended to be because the textures for them are so poor. Much like their last game, don’t bother trying to adjust visual setting mid game, because it will crash. I had some very bad performance issues at the end area and even a crash as the final cutscene was triggering. But other than that the game ran very smoothly.

The sound design is decent, some effects aren’t perfect, but it does have a way of keeping you on the edge of your seat with the eerie tones and noises all around you. It’s definitely the type of game where less is more when it comes to what you hear.

I know I spent a lot of this review comparing Silent Descent to The Initiate, but it was hard not to considering it shares so much of the same things. Perhaps if I hadn’t already played The Initiate I would have found this to be a bit more immersive. All in all Silent Descent is a decent P.T. clone if you’re clamoring for a similar title. It tells a good story that will keep you intrigued from start to finish, I just wish it had more unique environments and puzzles and some more time worked on the new visuals.

A copy of Silent Descent was provided by the publisher.